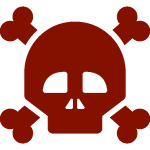 A culture killer is what ruins workplace culture in spite of your every effort.  When we were researching our new book, Happy to Work Here: understanding and improving the culture at work, we came to the conclusion that some toxic cultural behavior was the result of people adhering to certain unspoken rules. These rules are unspoken because they are, frankly, unspeakable. But despite the fact that you never hear anybody say them out loud, they can do considerable damage to your workplace culture.  it’s  these unspeakable unspoken rules that we refer to as “culture killers.”

Over the next few months we’ll be publishing here some of the culture killers from our book plus some additional one we’ve discovered since.  Come back here for a new culture killer every week.

The toxic rules and govern an organization can be fatal to healthy culture, but they are, paradoxially, some of the easiest things to fix. Each one is a clear indicator of actionable culture improvement. Once you identify a toxic, unspoken rule, repealing it can be as simple as bringing it into the light of day. When you say the rule out loud, the damage it can do will be readily apparent, as will the work needed to make it go away.

This week’s Unspoken Rule is the one that enables:

Most organizations are in competition with other organizations.  Corporations strive against each other.  Even in government, different departments compete for funds.

The question is: fitter for what?  It certainly makes us fit to compete ever more fiercely with our peers.  It’s something of a stretch, however, to assume that competing internally somehow makes us fitter to compete in the broader market.

Jack Welch, CEO of General Electric, became a darling of Wall Street by setting his people at all levels to compete with each other for favor.  He did this by the simple expedient of firing the lowest performing 10% of his workforce every year.  Yes, it made employees miserable, but investors thought the scheme was just swell.  They drove the stock price up . . . at least for a while.  But General Electric, almost from the moment that the whole angry business started began to lose ground in the marketplace and eventually the stock followed.  The once proud company that Welch inherited has never been the same since.

The lifeblood of an effective culture is cooperation, and internal competition is hardly conducive to cooperation.  After all, the person you cooperate with might well use your help to enhance his/her position over you, to your detriment.  Competition doesn’t have to be zero-sum, but it often works out that way.

A sad victim of zero-sum competition within an organization is peer coaching. (Why would you ever help someone who was being schooled to compete against you to your detriment?)  But coaching matters a lot; losing it diminishes us all. Think of a situation in your own career when a peer took you aside to help you improve a key skill or enhance an understanding that would help you work better.  Felt good, right?  And it probably felt just as good to be the helper in cases where you coached others.  We look back with gratitude at times when our peers took the time and effort to coach us. Thank you, Coach. Thanks too to the organization, since it was the organization that somehow made such coaching opportunities safe for everyone: safe for you to acknowledge need and safe for your coach to help you without fear of eventually coming to regret it.

The unspoken rule that encourages internal competition is damaging to the culture and works to the detriment of everyone in it.  If this is the rule in your workplace, you need to repeal it.

You must have a story or two about the cultures, good and bad, that you’ve encountered, either in your present work or in your past.  Have you been fortunate enough to see wonderful workplace culture in action, and to what do you attribute it?  Or do have an unspoken rule damaging your culture?  If so, what do you suppose was its cause? Tell us about it: cultureproject@systemsguild.com 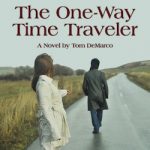 Tom DeMarco’s speculative novel, The One-Way Time Traveler, now available in audiobook in addition to paperback and ebook.  Time traveler John Donegal is thrust forward into  a matriarchal future, and he can’t go back again.  Worse still the great love of his life, Jill is left behind.  Any chance of a happy ending here?  (Don’t bet against Jill.) 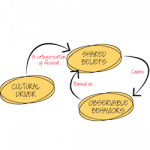 How workplace culture affects workplace performance:  We know they’re linked, but now we know a bit more about how and why: Article by Suzanne and James Robertson in Modern Analyst.

Happy to Work Here. A practical guide to understanding and improving your workplace culture. Available in paperback and Kindle.  amazon.com   amazon.co.uk

The German edition of Happy to Work Here: Betriebsklima verstehen und verbessern has been published by Hanser. Hardback at amazon.de

Two coauthors reflect on some of the unexpected implications that a reader may detect in what they’ve written. YouTube

Tom DeMarco gives away one of the secrets of the new book, Happy to Work Here. YouTube

Understand how to dissect the culture of your workplace as a device for improving it. YouTube

A Ruby Beam of Light, Book I of Tom DeMarco’s Dark World Chronicles saga is now reissued in a new edition.
“This war isn’t going to blow anything up, only turn everything off.