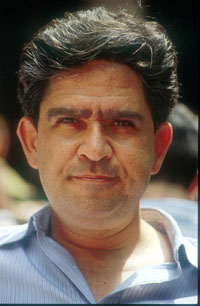 You never ended a conversation with Steve McMenamin without an insight that left you wondering how on earth he thought of it; or a metaphor that was jaw-dropping in its cleverness and aptness; or without thinking it was one of the most enjoyable conversations it is possible to have. It was hard to argue with Steve — his logic was always going to be better than yours. His ability to understand the wider implications of the topic was always going to be deeper than yours. Yet this was a person you sought out for conversation for the sheer joy of it.

A conversation with Steve had two parts — yours and his. For Steve’s part, when he wasn’t talking, he listened. He really listened. He wasn’t just waiting for his turn to talk, he was listening, absorbing and processing what you had to say. Never mind that he might go on to demolish your standpoint with superior logic, he understood absolutely what your standpoint was.

Steve was more than a conversationist — he was a wonderful thinker. In the book Essential Systems Analysis, published in 1984 with co-author John Palmer, Steve introduced the concepts of essence, and business event modelling. Essence — the idea of seeing a system independent of its implementation technology — is widely and profitably used today by people who were not born when the principle of essence was introduced. Event modelling is so commonly used today that we don’t think of it as something special, just something we do. Both ideas have had a profound and lasting impact on our world.

On November 20, 2019, Steve McMenamin finally succumbed to multiple medical afflictions. We are missing our colleague and, in the true sense of the word, a friend.