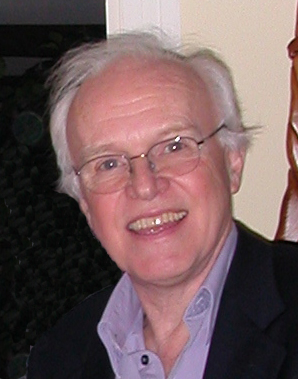 Tom DeMarco is a Principal of The Atlantic Systems Guild.  He is a past  winner of the Jean-Dominique Warnier Prize for “lifetime contribution to the information sciences.”  He is a founder and past-president of the Pop!Tech Conferenceand a Fellow of the Cutter Consortium.

Tom  is the author of nine books on management, organizational design, and systems development, and five works of fiction.  His most recent business book is called Adrenaline Junkies and Template Zombies: Understanding Patterns of Project Behavior written with five other members of the Guild.  The book describes patterns of behavior observed when groups of technical workers join together to take on a substantial task.  It goes a long way toward giving the reader a working grasp of that all-important but little understood thing: organizational culture.  Adrenaline Junkies and Template Zombies was published by Dorset House in the US and Hanser Verlag in Germany.

The classic, PEOPLEWARE: Productive Projects and Teams (with co-author Tim Lister) is now in a third edition, published by Addison Wesley in 2013.

In 2002, Tom wrote Slack: Getting Past Burnout, Busywork, and the Myth of Total Efficiency, published by Random House, Broadway Books Division.  It addresses the question, Why are we all so damned busy? and offers some unsettling answers.

In 1997, he wrote The Deadline: A Novel About Project Management [Dorset House Press], the story of a

veteran software manager who finds he has bet his life on a project deadline.  The book is about managing as though your life were on the line. Mr. DeMarco’s earlier works include Why Does Software Cost So Much? (And Other Puzzles of the Information Age) [Dorset House],  , Controlling Software Projects: Management, Measurement and Estimation, [Prentice Hall], and back in the Dark Ages, Structured Analysis and System Specification [Prentice-Hall].   He has also written more than one hundred articles and papers about management and the system development process.

Tom’s career began at Bell Telephone Laboratories where he served as part of the now-legendary ESS-1 project.  In later years, he managed real-time projects for La CEGOS Informatique in France, and was responsible for distributed on-line banking systems installed in Sweden, Holland, France and Finland.  He has lectured and consulted throughout the Americas, Europe, Africa, Australia and the Far East.

He has a BSEE degree from Cornell University, an M.S. from Columbia University, a diplome from the University of Paris at the Sorbonne, plus an honorary Doctor of Science from City University London (2003).  In 1999 he was elected a Fellow of the IEEE. He is the winner of the 1999 Stevens Award for his contribution to software engineering methods. He is a Visiting Scholar at the University of Maine, where he teaches an undergraduate Ethics course.
His consulting practice is largely focused on organizational development, development methods, and litigation support. Tom lives in Camden, Maine with his wife Sally O. Smyth.

Tom DeMarco’s most recent novel is The One-way Time Traveler, a visit to a future society controlled entirely by women.   Prior to that he wrote A Ruby Beam of Light, Volume one of Dark World Chronicles.  It is pure speculative fiction: the world on the brink of war when an unsettling new technology makes the weapons of war suddenly impotent.  Sounds good, right? But the so-called Layton Effect also makes cars impotent, and planes, and anything that depends on internal combustion.  Could society ever go back to the simpler days of the nineteenth century?  Click to find out.

His first mainstream work of fiction is the comic novel, Dark Harbor House.  It was published by Down East Books in 2001, a gentle coming of age story that takes place in the late 1940s on an island off the coast of Maine. Lisa Alther (author of Kinflicks and Other Women) had this to say about Dark Harbor House: “I missed this book whenever I had to put it down, and rushed to get back to it.”  Click here for reviews and pointersand here to download Chapter 1.

More recently, his collection of short stories, Lieutenant America and Miss Apple Pie, was published by Down East. This is the book that Kirkus Reviews described as “Beautifully detailed stories, bathed in warmth.” Click for a sample chapter and purchase links.